Where are my coins? 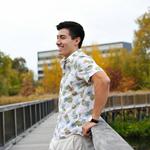 Due to the current volatility in Handshake's hash rate, Namebase confirms HNS deposits after 20 blocks, which typically takes 3-4 hours. Namebase will decrease the number of blocks needed to confirm deposits as the hash rate increases and stabilizes.

Handshake airdrops need to mature for 100 blocks before Namebase can import them. After importing, the system waits 20 blocks to confirm the transaction. In short, your HNS airdrop will appear in your dashboard after 120 blocks (~ 1 day).

Powered by HelpDocs (opens in a new tab)